DRMM is proud to announce that site contributor Gary Boggs and his Staghound have been published in the February, 2013 issue of Scale Military Modeller International. This is Gary's first time to have his extraordinary work published and I want to send him a huge congratulations - way to go Gary! 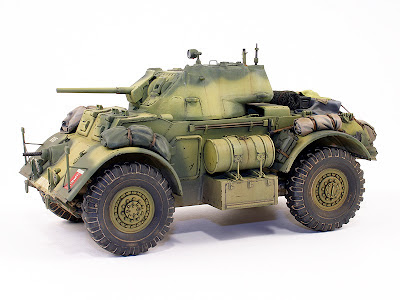 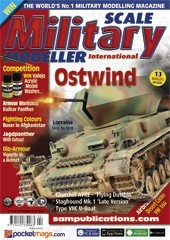 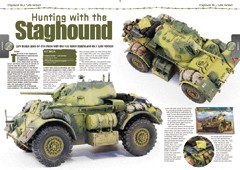 The Italeri Staghound Mk. 1 Late Version is modeled in the colors and markings of the Polish 2nd Corps, Italy, 1944. The build was extremely fun and straightforward with only minor cleanup and minor fit issues. To increase the accuracy of the model, I added weld beads and casting marks, scratch built handles, tool support brackets, an antennae base, and replaced the kit gun barrels with a 37 mm and .30 cal from Barrel Depot. Priming and base painting were done with an Iwata HP-CS using Vallejo primer, then a coat of Tamiya XF-1 Flat Black. The base yellow is a 60/40 mix of XF-60 Dark Yellow and XF-4 Yellow Green. The green camo was then airbrushed freehand using an Iwata HP-B+ using XF-64 Nato Green. All paints were thinned with Tamiya Yellow Top Lacquer Thinner. 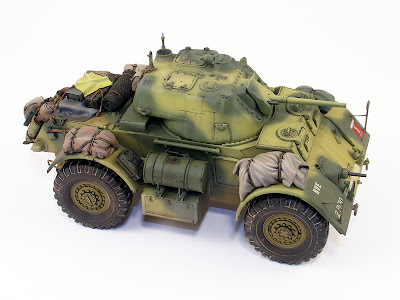 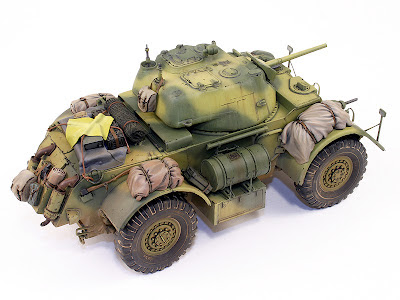 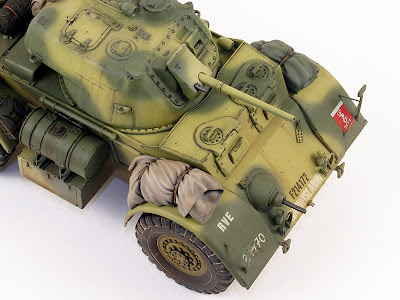 Next came a gloss coat to protect the camo from the weathering steps and to provide a good base for decals. After the decals were applied, the model was given a flat coat, chipping was applied, and several weathering steps ensued using oils and pigments.

Finally, some parts from the Legends Staghound stowage kit were painted and added to the model, along with some scratch built tarps and bed rolls made with Milliput. All detail painting was done using Vallejo acrylics. 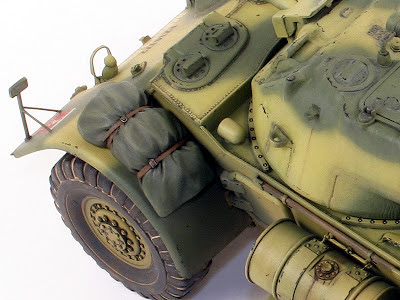 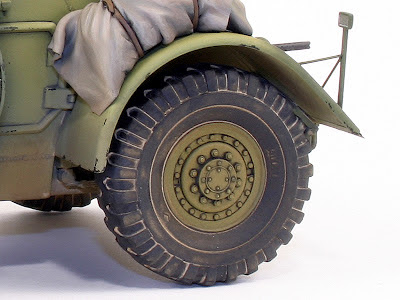 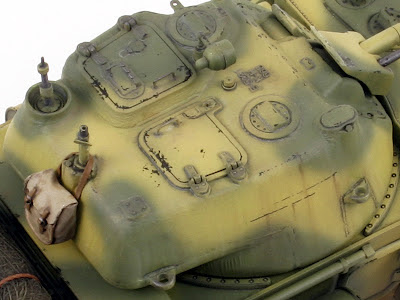 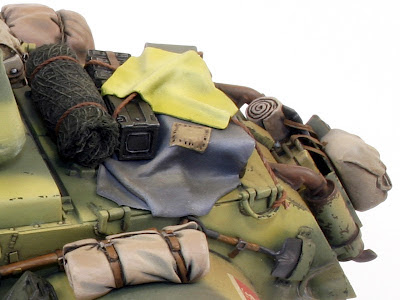 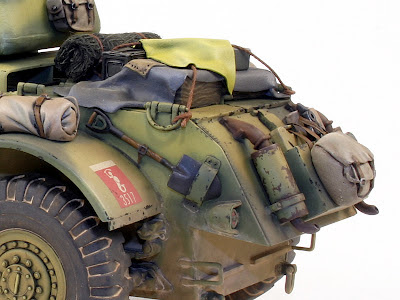 To see the complete and detailed Armorama build log for this project, go here: http://armorama.kitmaker.net/modules.php?op=modload&name=SquawkBox&file=index&req=viewtopic&topic_id=186850&page=1

Part 1 of the excellent Scale 75 Lt. Winters kit. The kit is cast in white metal and is sculpted by Fernando Martin. Box art is outstanding and is the work of Samuel Perez.

At this point I have assembled the kit using 5 minute epoxy and have attached it to an African Rosewood base by Ken Thomas Art Bases. I have begun the Vallejo base painting and outlining process on the body, but have yet to start painting the head and face. More to come as progress is made! 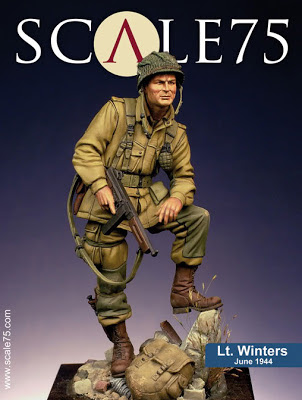 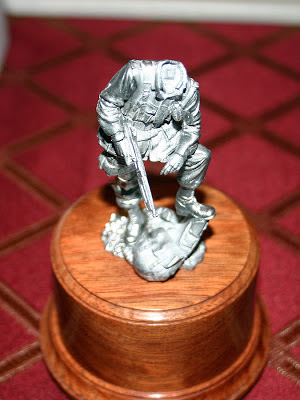 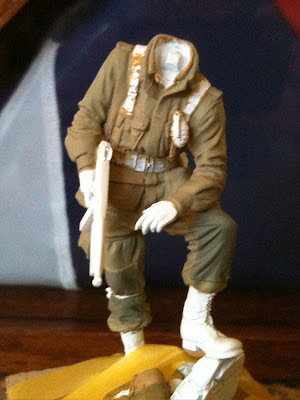 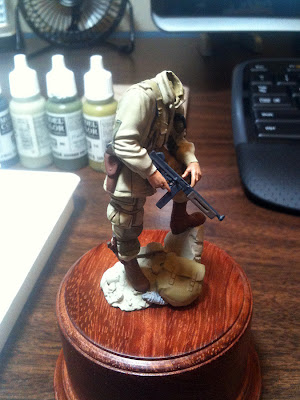 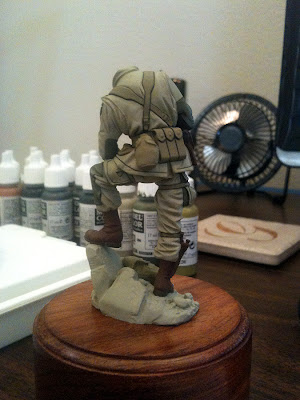 See more on this exceptional kit at Scale 75.